I’m impressed by this series. I realised why when I saw Judd Apatow’s name.

Plot: The main plotline in this is that two adults struggling on the depths of adulthood, Mickey (Gillian Jacobs) and Gus (Paul Risk), meet when their own love lives are turning awful.  When they meet at the supermarket, Gus pays for Mickey’s drink after forgetting her money which inevitably leads to them walking back to hers for her to pay him back.

Mickey has a new room-mate known as Bertie (Claudia O’Doherty) whose moving from Australia to escape the boring life she had grown into. Only to find that being around Mickey has bad affects on how she views situations. More interesting than Australia anyhow. It’s a series that reflects the struggles every couple goes through, meeting family and arguments and the thoughts that come to mind when they’re separated with careers. Gus, an on-set teacher for teenager actors, wants to write scripts and build himself into the industry whereas Mickey looks to rise in the radio station.

Each individuals friends add to the series with friends we thought were close but actually want to get away from us as well as those who come into our lives to make a huge impact. It’s basically a series about what the title says, love. Plus, its funny. 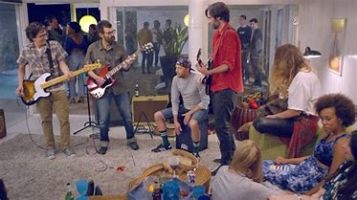 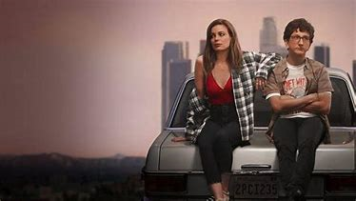 Overall Conclusion: There’s a dry reality in this that portrays the ups, downs and weird times in relationships. It’s done so well by Apatow that for me, it reaches the heights of Freaks and Geeks. It may start off a little slow but following Mickey and Gus’ relationship becomes intriguing, funny and happy to see develop.